The Fox's Confessor - Chapter One

It is told, then, that Musciatto Franzesi, being from a very rich and considerable merchant in France become a knight...
-Boccaccio, The Decameron, First Tale, First Day 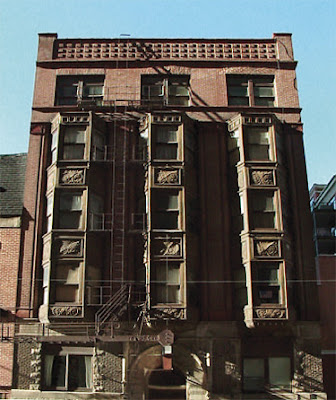 “Holy shit! Lytlewood’s coming to town!”
Lonnie Cash’s huff-puffing bulk almost
Reached the room and his brother Peyton’s frown
Before his fat squeal filled up and crossed
The office doorway. His brother was lost
In thought, his exquisitely thin fingers
Drumming desktop for some sullen sunk cost
The way a hunted animal lingers
With haunting hungers in shadow’s hidden dangers.

“Yeah, Lonnie, he’s coming alright – I heard
About it this morning. One of Frankie
Music’s men had rung in an early bird
Reservation,” Peyton said, his lanky
Frame rising slowly, painfully, frankly,
To greet his brother with the same cool regard
Lonnie’s perpetual anxiety
Always – the way Peyton saw things – incurred.
He watched as the word reservation registered

Within the sallow jowls and sag-heaping jaw
Lonnie would bounce and jounce with confidence
Like pistons as he worked a plug of chew
Embalmed in Juicy-Fruit. His countenance
Made counterfeits of intelligence,
Dismaying his friends, surprising his foes,
And disgusting, with thick-headed offence,
His brother – so it was that Peyton was
Fond of slapping Lonnie’s fat face with good bad news.

“Reservation?” Lonnie repeated. “Here?
“At The Burgundy?” “Where else?” Peyton said,
And pretended more quietly, “My fear
Is that our Mr. Biggy Lytlewood
Wants someone’s due – Music never yet did
Send Biggy but the business required
A heavy hand’s caress, some smarts – and blood.”
The piston in Lonne’s jaw devoured
The news fiercely – then froze his face as he inquired:

“But why…The Burgundy?” A seven-story
Red-brick affair, old as sin, the inn was built
By hands long-lost in graft’s deep pockets; hard
And fast and ramshackle to a fault –
It stood in comic pride, almost at a tilt.
Each room dirty with money’s satin sheets
And ghosting dirty looks from shades of guilt
Down in the crawling business of the streets
Prefigured shapes of darker days and lamp-lit nights.

By the blood-red of its own furnaced brick,
It was then rechristened – and not too long
After Peyton Cash had made specific
Arrangements to get its gain for a song:
The Singerman Arms, owned by Virgil Strong,
Became relinquished compensation for
Arrears to Frankie Music’s sturm und drang.
(Some say Strong’s coffered corpse still minds the store,
Inspiring the Cash brothers to filthier lucre.)

The brothers held court in the dingy nook
Behind the registration desk, itself
Bare but for a leather-bound ledger book
Spilling pages from a cracked spine, each leaf
Holding sacred secret history – no shelf
Of Shakespeare could story such confessions.
Biggy Lytlewood’s own tale had its life
Reserved in The Burgundy’s discrete lessons
Of quick columnar writ and dead letter questions.

“Lytlewood will be on the evening train,”
Said Peyton as he rolled a cigarette
With barely a pinch of weed stuck between
His fingers. “So I’d just as soon as bet
A pin as wage his train is coming late.”
In one motion he lit and took a drag,
Exhaling, “so… be… early.” And he let
The words – a heavy caution – hang like fog
In smoke between them. With no hope for epilogue

The falling silence bore up each second
The office clock was chipping off like ice.
“Sweet Jesus! Peyton – I hadn’t reckoned
We’d see Biggy’s ugly fox of a face
So soon after…after…” And he held his
Hands up – four digits apiece. Each lacked a thumb.
He’d submitted them, a small sacrifice
To Music’s men for dues to something dumb
Of Peyton’s doing: unpaid interest on a sum

Of loans to keep the Cashes’ solvent grasp
On Burgundy’s lease. “You’re going to hold
That on me ‘til death comes for my last gasp,
And no doubt after,” said Peyton. His cold
Sneer of fraternal hate only retailed
The wholesale hurt his brother tried to fling
At him with a wit he rarely revealed:
“You know, Peyton, there’s not a goddam thing
A man less than an ape can hope to be holding

At day’s end.” Sunlight, oily and urban,
Had seeped down through the city’s upper spheres
To bleed the hotel’s dirty blinds and span
Their gridlines across Lonnie’s face. Faint tears
Angered his grey eyes to black, and shudders
Of past pain held him a moment beyond
The surety of hatred the brothers
Made in compact, contracting like hot wind
From furnace lungs that waits for the tongue to expand.

But let’s now leave in uneasy conference
The brothers – unable to speak or know
Their own minds in confident alliance –
And further shape what will come tomorrow
By glancing back at yesterday’s afterglow:
See, already dawn ignites the daily lamp
A final time, should time alone allow,
For Mr. Biggy Lytlewood - his limp
And sleeping form begins to stir to life’s contretemps …
Posted by JOB at 7:39 AM